Western Bio
Dr. Melinda García is a UNM, Harvard Graduate School of Education (M.Ed.) and University of Southern California (Ph.D.) graduate who has focused her work with vulnerable populations for over 50 years. This includes working with communities and individuals in the areas of substance abuse, domestic violence, death and dying, racism, inter-generational grief and trauma, ethnic identity issues, sexual identity issues, Queer issues, chronic and acute mental illness, spiritual emergencies, bilingual/bicultural education, community education, health of women and children, community healing from disasters, colonization and liberation. She is of Mexican Indigenous, Panamanian Indigenous, African and European descent. She currently works in an independent, post-colonial practice in Albuquerque, NM. She is outspoken, bold, generous, hospitable, empathic, curious, considerate, and friendly; but she is not nice.

Indigenous Bio (Short Version)
Dr. Melinda García is the oldest of five children born to a Panamanian mother (Panamanian Indigenous, European, and African descent) and Mexican-American father (Chichimec, Nahuatl and European descent). Her mother is the youngest of 4 daughters born into a family who valued education and made sure all the daughters received high school and trade school or college educations. Her mother’s family has been in Panamá since before European contact. Some of her grandfather’s brothers and sisters were educators and were instrumental in bringing public school to the rest of the country outside of the capitol.

Her father was the 10th of 11 children. Her father’s family emigrated from the area around Saltillo, Coahuila, in the late 1800s coming up through El Paso and settling in New Braunfels, Texas, and working as sharecroppers. There, they learned German as well as English. This came in handy when, during the height of the Great Depression, they moved to St. Paul, Minnesota at her grandmother’s request to treat her heart condition. (Long and entertaining family story.) By that time, her grandfather and two oldest uncles worked for the Southern Pacific Railroad as mechanics but managed to move over to the Northern Pacific Railroad. Since there were no other Mexicans in St. Paul at the time, the family settled in the Jewish neighborhood. The older daughters quickly learned Yiddish and found jobs. After WWII, the sons got together and moved the parents back to San Antonio, TX.

Dr. García comes from a long line of (head)strong women and community-oriented people on both sides of her family. To honor her elders and ancestors, Dr. García is a mentor, a storyteller, a beader, a musician, a seamstress, a writer, an activist, a ceremony leader, and tries to be a gardener. She has devoted many years to the study of her traditional cultures.

She has an Indigenous person’s sense of humor which has both saved her life and gotten her into a lot of trouble with authority. She is thrilled to have earned 3 Blue Ribbons at the NM State Fair for cookies. Her favorite times of day are snack and lunch. She loves coffee but has had to give it up as she has gotten older because it now gives her heartburn. She has turned into an avid tea drinker, which is pretty good but not the same. There is no such thing as too much glitter. 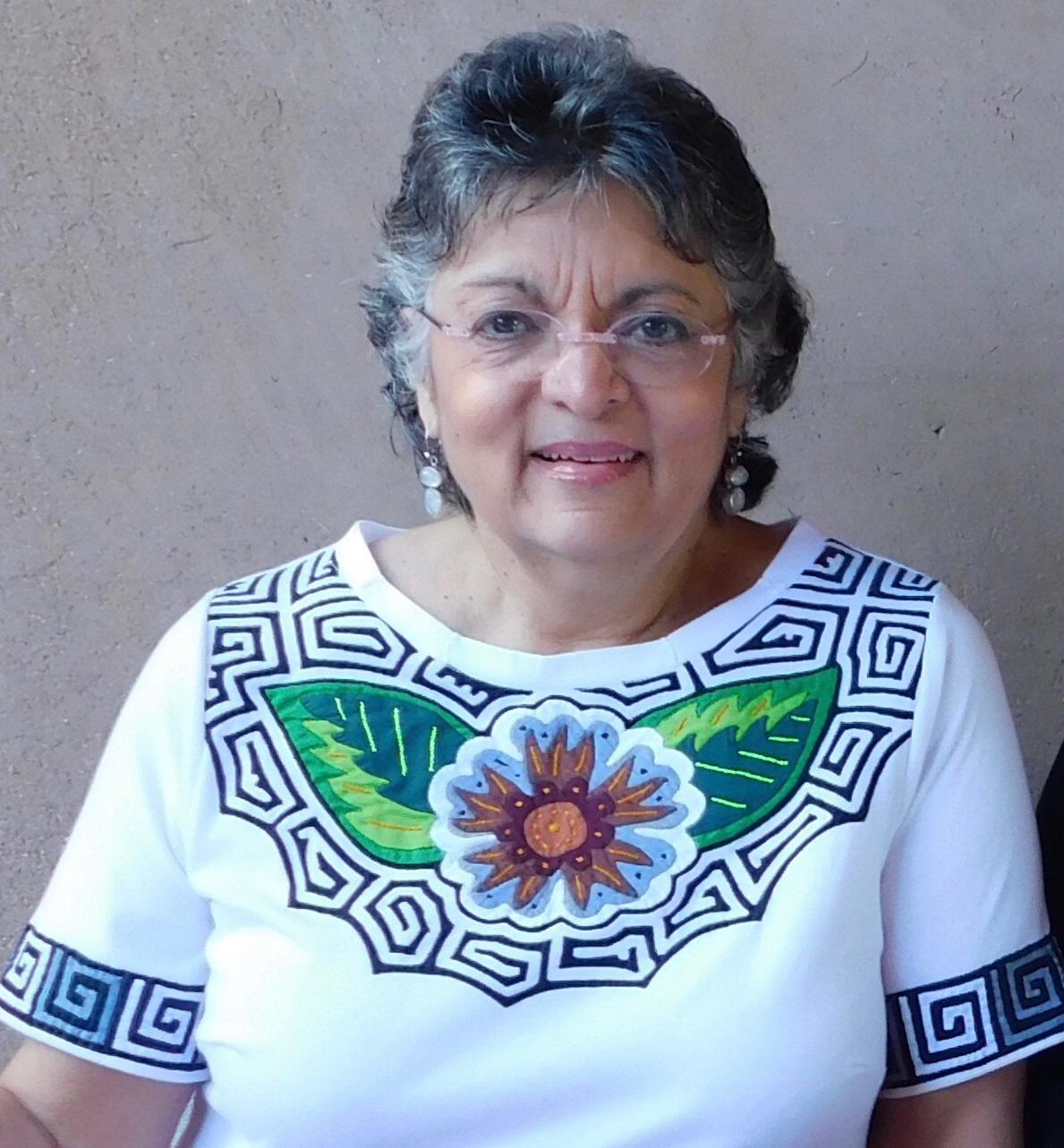