Pamela Morgan, one of the co-founders of Our Bodies Ourselves, died on Nov. 17, 2008. Below are remembrances by other co-founders who had the privilege of working closely with Pamela.

The first, by Norma Swenson, beautifully captures how many of the founders remember Pamela. The second remembrance, by Miriam Hawley, describes her experience training for and running the Bonnie Belle 10K race with Pamela. Finally, Judy Norsigian recalls a special event underscoring one of Pamela’s many talents.

To read more about Pamela, see her obituary from the Boston Globe.

Now we can only read about her life, and look at pictures of her, listening to the words of those who knew her trying to describe the exceptional, elusive magnetism that was hers. I find myself wanting to read more of whatever words she wrote. Pamela, as she preferred to be called, was so articulate when she spoke, deeply philosophical at times, and very serious, yet often at the end would add some twist of ironic humor, and start to smile and laugh herself, looking you in the eye with her blazing blue ones, and inviting you to join her, to take the long view, and not take ourselves too seriously. Her sense of humor is what all of us remember.

Her presence was itself a gift in our “office life,” as those of us who worked together in the early days of the BWHBC (Boston Women’s Health Book Collective) struggled to keep hold of the tail of the tiger we seemed suddenly to have caught. The women’s health movement was just becoming something larger than any of us could have imagined, and even then Pamela seemed to understand that. She treated our work with enormous respect, always, even if she was never paid a tenth of what she was worth, willing and proud to drive a car in permanent preparation for body work that was never actually done.

Her tone about the outrages against women we learned about every day was always so matter-of-fact, without a shadow of a doubt. “Of course,” she seemed to say, “We have to respond, and we will!” She was truly like the sun, steady and radiant no matter what, yet capable of pure indignation when called for a flash of certainty and encouragement. Sometimes we needed that.

We all speak of Pamela’s spirit, her thoughtfulness and her willing cheerfulness, but sometimes we may forget just how beautiful she was outside as well, with and without hair. (Seriously, could we forget?) She was simply gorgeous, and though we are glad to have the pictures, they will never do her justice. She could easily have been a movie star, and become a world-famous icon. What she lacked was the needy ego that might have made that possible, because she was certainly a performer of great skill and flair.

Because I had once aspired to be a dancer myself I was electrified to discover that Pamela actually was a dancer, and a performing artist one could see in action! I lost no time visiting what I think was Henri V or Chez Henri at the time, a special restaurant on one of Cambridge’s shortest streets, to watch her flamenco performance. When I wasn’t overcome with envy, I was simply overwhelmed by her flair and precision. I never imagined she would give it up. Then once more, by chance, she mentioned casually that she would be performing at Symphony Hall as part of the Pops Holiday celebration. I couldn’t be there, but I did watch it on TV and easily picked out Pamela. Probably that was one of the last times any of us saw her dance.

Likely our most significant working connection with Pamela came about through the work Judy Norsigian and I did at MCI Framingham (Massachusetts Correctional Institution for women). We had learned from one of the Brandeis students incarcerated there that not only were conditions predictably deplorable, but more importantly there were no educational programs, especially not about women’s health. She encouraged us to try to do something, and so we did. I won’t take time here to detail the days and nights we went there and what we did. In the end we knew we could not give the quality of time the project deserved, but through Pamela’s intervention and support we were able to help establish a much more permanent program with dedicated leadership that did make a difference in the lives of women about to be released back into the community. For many years afterwards, Pamela made sure that those women and that issue were never forgotten. Her work and inspiration was such an important part of the contribution BWHBC made to women’s health education in prisons.

Some people have already written about the place Pamela insisted on giving to her family life and her community. I do not know another woman who has done a better job of constructing such an exquisite balance among all the competing demands of an activist spirit, a loving wife and mother, her friendships, and the world around her. She understood she was a privileged woman in so many ways, and she used that privilege with such skill and grace by doing it all, superbly. All that would have been quite enough. Then in the end, she showed us still another enormous gift: How to let go of life with as much commitment and wisdom as she had lived it. Pamela is and always will be unforgettable.
******

I am one of the founders and original co-authors of Our Bodies, Ourselves. I knew Pamela from the time she was our first employee working out of Judy Norsigian’s bedroom/office in Watertown. We enjoyed each other from the start. I appreciated her directness and sense of humor. I marveled at her beauty and dancer’s agility. We shared a certain positive approach to living/seeing the opportunities in the challenges we faced.

I have been an off- and on-runner during my adult life. I was in one of those off periods as I was about to turn 39 years old. The year was 1981, I had given birth to my third child and I wanted to get back in shape and honor that next birthday — a big one with a zero in it. Pamela and I connected around our birthdays; we both were born in October, the two among the OBOS founders with birthdays that month.

I don’t recall how we came to decide to train for and run the Bonnie Belle 10 K (7.5 miles) race in 1982 together. (The Bonnie Belle was an all women’s race, the precursor to the annual Tufts 10K race that happens every Columbus Day weekend in Boston). I may have said that I wanted to do this for my 40th birthday and Pamela agreed to join me. We both lived in Cambridge at the time, and we met at Fresh Pond regularly to run around the pond, breathing heavily but nonetheless talking and laughing all the way. We talked about everything and everyone. We reflected on our lives and solved problems — our own and those of the world. We shared movies and books and stories. We had a great time!

When the day of the race came, Columbus Day weekend of 1982, we were ready. We were decked out in purple shirts with stars, created by an artist friend named Rose. The shirts had our names and the numbers of our birthday to come on the back. So mine said 40 and I believe Pamela’s said 33.

All these years later I don’t really remember the race day. What I am left with is my memories of Pamela and me running together around Fresh Pond and loving being together. A few months ago, Pamela and I were talking on the phone and she wanted to make a date for us to walk around Fresh Pond once again. We never got to take that walk. However, every day that I walk or run around the pond, Pamela is there with me and makes me smile. Come join us in a walk or run!
******

For about a full decade, Pamela was a daily presence in my life. As a friend, philosopher, women’s health activist, and office organizer extraordinaire, Pamela grounded both our organization and me personally in ways that always evoke a special kind of awe and amazement. I can only echo Norma’s sentiments, as I think about how Pamela gave new meaning to the concept of multi-talented.

I remember one incident in particular, when we drove together to Wheaton College, where she was making a presentation to a large group of students. I sat in the audience, mostly to provide moral support (this was the first such public talk Pamela gave for the BWHBC, a switch from her regular administrative role within the organization). Along with all the students, I was mesmerized by her articulate, lively manner. From the intense discussion that followed, I could see how she’d motivated many of the students to challenge old assumptions about women’s health, sexuality, and the excessive medicalization of our lives. New ideas were percolating even as the students dispersed into the foyer area.

During the car ride home, after I mentioned how terrific she was and how she was such a natural public speaker, she launched into a tirade of self-criticism about all the ways in which she should have done better. It was then that I realized why she did everything so well — her standards were so atmospheric, she was always pushing herself to a level of perfection that most of us wouldn’t even try to imagine. Whether dancing flamenco or finding the best way to organize a workshop for women at MCI Framingham, Pamela brought the signature skill and passion that was her trademark. I will miss this courageous woman so much. 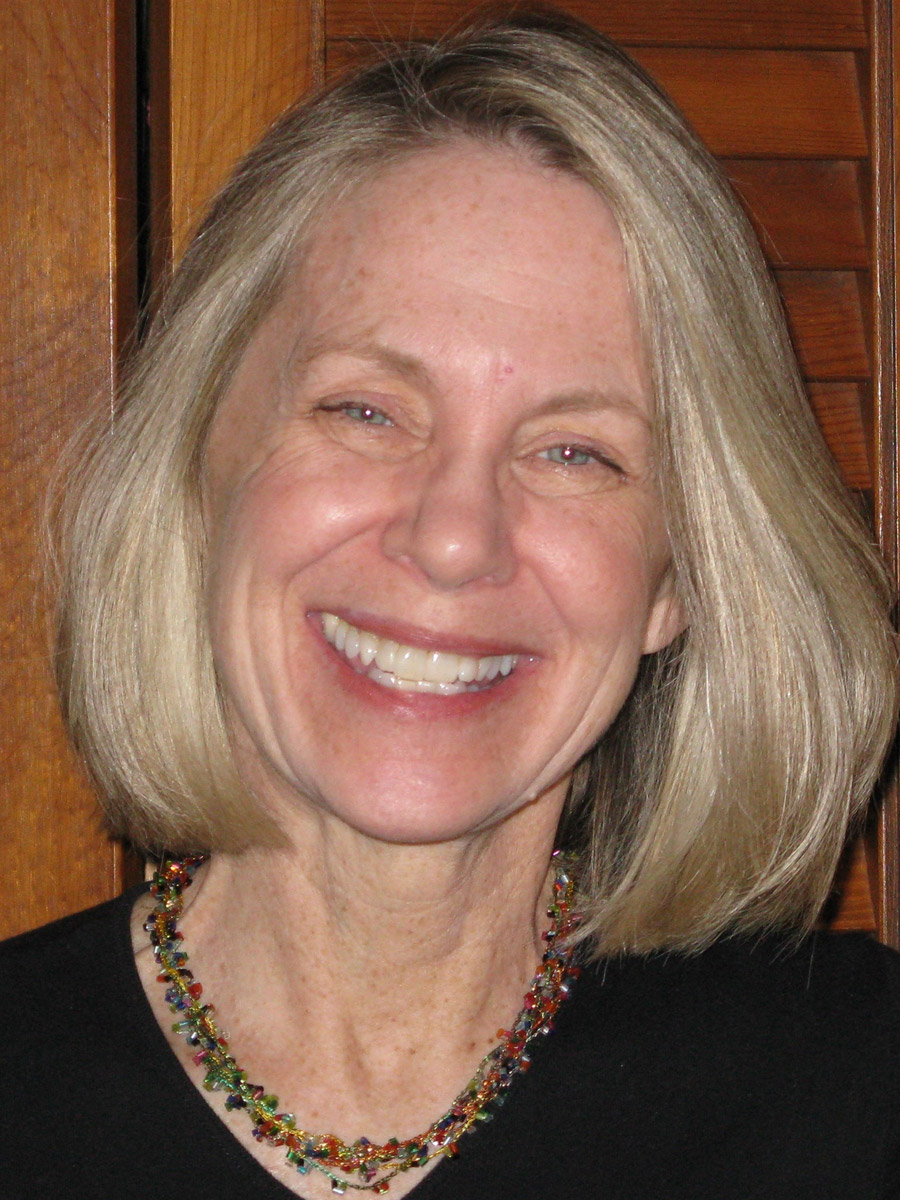