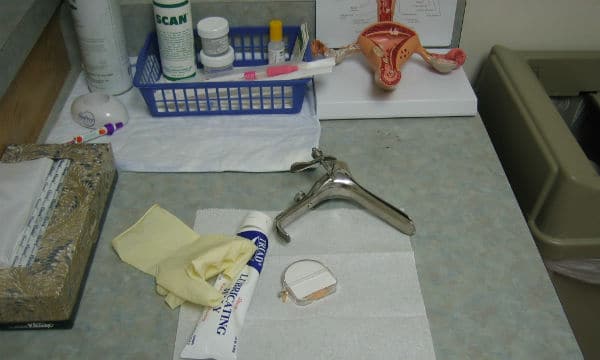 More than 60 million pelvic exams are performed each year, but a new guideline from the American College of Physicians suggests that for most healthy women, they’re not needed.

The guideline is based on a 2013 systematic review conducted by the Evidence-based Synthesis Program (ESP) Center of the Minneapolis VA Medical Center. The review looked at the usefulness of pelvic exams in detecting non-cervical cancer, pelvic inflammatory disease, and benign gynecological conditions and found that for most women there is no evidence to support the practice.

It’s also important to note that the recommendations apply only to “average risk” adult women who are not pregnant and who do not have any symptoms, such as pelvic pain, which might mean there is a problem such as endometriosis, ovarian cysts, other pelvic organ problems, or infection.

The review considered whether the harms of the pelvic exam are outweighed by the benefits, and whether these vary by patient or provider characteristics. Possible harms include fear, anxiety, embarrassment, pain and discomfort, as well as urinary tract infections and symptoms, overdiagnosis, and overtreatment.

There are also potential procedure-related harms. For example, researchers report that heavier women are more likely than women of average weight to report more disrespect and embarrassment during a pelvic exam. Women with a history of exposure to sexual violence are also more likely to report fear, embarrassment and anxiety.

There are no data supporting the effectiveness of the screening pelvic examination (including speculum and bimanual examinations) in the asymptomatic average risk woman for any indication other than periodic cervical cancer screening. The procedure causes pain, discomfort, fear, anxiety, and/or embarrassment in about a third of women and can lead to unnecessary, invasive, and potentially harmful diagnostic procedures. Conducting a pelvic examination requires additional clinician time, especially in primary care settings, and often requires the presence of a chaperone in the examination room, thus incurring resource and opportunity costs.

As a result, the new ACP guideline recommends against routine pelvic exams and concludes:

In an editorial accompanying the ACP guideline, two physicians from University of California, San Francisco urge proponents of the exam to better understand its benefits and potential harms:

The pelvic examination has held a prominent place in women’s health for many decades and has become more of a ritual than an evidence-based practice. Regardless of whether the American College of Physicians’ recommendation changes practice among obstetrician-gynecologists, it should prompt champions of this examination to clarify its goals and quantify its benefits and harms. Even if net benefit is ultimately shown, the question of value will need to be addressed to understand the resources required to achieve that benefit. With the current state of evidence, clinicians who continue to offer the examination should at least be cognizant of the uncertainty of benefit and the potential to cause harm through a positive test result and the cascade of events that follow.

The American College of Obstetricians and Gynecologists responded to the recommendation by urging women to continue to see their healthcare providers each year for well-woman visits. These visits can sometimes include a pelvic exam, but are also an opportunity to get medication refills, review your medical history, have age-appropriate screenings and immunizations, and discuss other concerns with your provider.

ACOG also continues to recommend pelvic exams, while acknowledging that they are not evidence-based:

The College’s guidelines, which were detailed in this year’s Committee Opinion on the Well-Woman Visit, acknowledge that no current scientific evidence supports or refutes an annual pelvic exam for an asymptomatic, low-risk patient, instead suggesting that the decision about whether to perform a pelvic examination be a shared decision between health care provider and patient, based on her own individual needs, requests, and preferences.

However, the College continues to firmly believe in the clinical value of pelvic examinations, through which gynecologists can recognize issues such as incontinence and sexual dysfunction. While not evidence-based, the use of pelvic exams is supported by the clinical experiences of gynecologists treating their patients. Pelvic examinations also allow gynecologists to explain a patient’s anatomy, reassure her of normalcy, and answer her specific questions, thus establishing open communication between patient and physician.