Menu
Home > Our Impact > Our Bodies, Our Blog > Why Net Neutrality Matters to You

Why Net Neutrality Matters to You 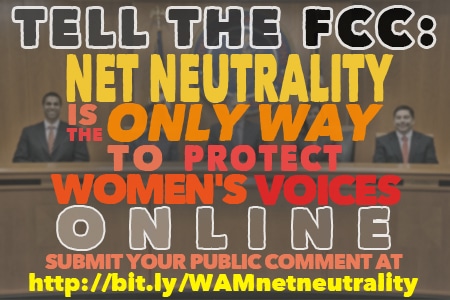 When you want information on reproductive health and sexuality, it’s important to know that you can access Our Bodies Ourselves’s evidence-based information online just as easily as competing information from drug companies and anti-abortion organizations. Or that as you browse the internet, your internet provider doesn’t make it harder to access information it might not approve of.

That, at it’s core, is what “net neutrality” is about: all content on the internet is treated equally and neutrally, and none of it is deliberately slowed down or delivered faster based on content, or on the creator’s ability to pay for better delivery.

A neutral policy treats all content the same, and doesn’t allow some companies to charge extra to deliver information like videos. If it did, not only might costs be passed on to consumers, but a non-neutral internet might effectively restrict people from accessing selected information.

For example, you may pay for water service to your home, yet no one is charged extra for a faster stream. Water delivery is, therefore, “neutral.” More than 105,000 people signed a “We the People” petition asking for this approach to broadband internet, prompting the White House to respond in support of the concept.

Earlier this year, though, an Appeals Court threw out a rule that treated the internet like a public utility. Since then, the FCC has been trying to figure out how it might want to get involved in this issue. Currently, it is accepting public comments on whether it should allow internet service providers to deliver some content faster than others. Comments are due Sept. 15.

Today, several major internet-based companies will have an online “internet slowdown” protest to protest the possibility of “fast” and “slow lanes” on the web and to encourage the FCC to treat the internet like a public utility. Participating websites like Kickstarter, Reddit and Etsy will employ “still loading” widgets on their sites to show what the internet might look like without net neutrality and to encourage public comments.

Women, Action and the Media (WAM!) has made it easy to add your comment to this public letter. Our Bodies Ourselves has signed onto WAM!’s open letter along with SisterSong, RH/Reality Check, and other women’s health and media organizations.

The petition notes the threat of an unequal internet and the importance of a neutral net for all of us who do any kind of advocacy work:

And the threat is twofold: we use the web to organize and fight for change outside of it. The internet allows us to spread messages farther than our feet could take us, make ideas louder than our voices can shout, and stand together on the same ground though we are miles apart. But our access to the internet and the tools it offers is provided by big cable companies. In the fight for media justice, we are at risk of the very people we fight against having authority over the tools we use to fight them.