Menu
Home > Our Impact > Our Bodies, Our Blog > A Call for Protecting the Health of Women Who Donate Their Eggs 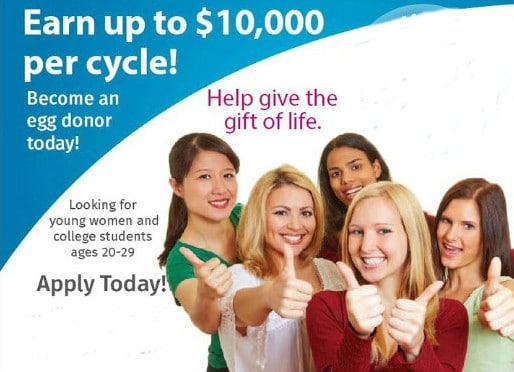 The egg market is growing.

As couples and individuals continue to rely on assisted reproductive technology to overcome infertility, to make parenthood possible for gay couples, and for other reasons, the demand for eggs is increasing swiftly. Between 2000 and 2010, the number of donor eggs used for in vitro fertilization increased about 70 percent per year, from 10,801 to 18,306, according to a report in the Journal of the American Medical Association.

And although there are no exact figures for how many young women engage in egg-retrieval-for-pay, the numbers are at least in the thousands. Many of these women are in their early 20s — often university students in need of cash to cover their tuition fees. But what most of these women, as well as the general public, don’t realize is that there are no good long-term safety data that would enable these young women to make truly informed choices.

Now, a number of women’s health and public interest advocacy organizations — including Our Bodies Ourselves, the Pro-Choice Alliance for Responsible Research and the Center for Genetics and Society — are studying women’s knowledge about egg retrieval and calling for more and better research about its risks.

One drug frequently used to suppress ovarian function (before the ovaries are “over-stimulated” to produce multiple eggs that can then be harvested and fertilized) is leuprolide acetate (Lupron). The U.S. Food and Drug Administration has not given approval for this particular use of the drug, and thus its use during egg retrieval protocols is “off label.”

In various surveys of younger women engaging in so-called egg “donation,” it appears that this fact about off-label use is rarely shared. Probably few, if any, of these young women know about the 300-page review of many Lupron studies that Dr. David Redwine submitted to the FDA in 2011. In this report, he documents a plethora of problems, some long term.

How can we encourage the collection of adequate long-term data about the extent and severity of egg retrieval risks? Given the strong anecdotal evidence of problems such as subsequent infertility, a possible link to certain cancers and more prevalent short-term problems with Ovarian Hyperstimulation Syndrome (OHSS) than previously reported in the literature, more well-done studies are needed.

Although one independent voluntary national registry in the U.S., the Infertility Family Research Registry (IFRR) based at Dartmouth-Hitchcock Medical Center in New Hampshire, offers such an opportunity, very few large fertility centers are even willing to put out the brochures and placard for this registry.

In the absence of prospective trials that follow women for longer periods, this registry is one of the few ways we can track women to determine longer-term risks. We hope this situation will change soon if more egg donors start demanding that clinics at least make young women aware of the registry.

Ironically, many of the fertility centers that do not make those brochures available in their waiting areas are members of the American Society for Reproductive Medicine, the professional organization of fertility practitioners that has provided modest grant support to the Registry.

In early 2013, three young women formed We Are Egg Donors, the first-ever self-help advocacy group created by women who have provided eggs.

These women have been collaborating with Diane Tober at the University of California, San Francisco to conduct in-depth interviews with other egg providers and are systematically collecting information about a full range of their experiences, from emotional to physical. They, along with the women’s health and public interest advocacy organizations mentioned earlier, are studying women’s knowledge about egg retrieval, calling for more research, and encouraging greater participation in the IFRR.

Raquel Cool, a founding member of We Are Egg Donors, says in an email that the U.S is “among the only countries in the world where eggs are freely and openly exchanged for uncapped amounts.”

I recall one member’s experience, a first-time donor, whose reproductive endocrinologist deemed her at a high risk of Ovarian Hyperstimulation Syndrome (OHSS). He canceled the cycle. I’ve seen that happen once in three years. More often, we regularly see cases of OHSS, a fully preventable condition that, in severe cases, the provider’s abdomen swells with fluid and needs to be drained with a needle, or can cause a stroke. Collecting safety data — both of the short- and long-term risks — can only support informed choice.

Tober, of UCSF, who is also producing a film about egg donation, said via email that  “there is a great deal of inconsistency in how egg donors are treated, both in their interactions at clinics and agencies and medically.”

While some physicians are more conservative with the medical protocols, others use very aggressive protocols and end up with excessive numbers of eggs in their donors. Even though some women do naturally produce more eggs than others, the number of mature oocytes produced can be somewhat controlled by using more conservative medication dosages.

Some insurance companies are also now refusing to insure physicians with high OHSS rates in their donors, but this information is not being made available beyond those in the industry. Doctors are thus far not held accountable when a donor has severe complications.

A 2013 editorial in JAMA noted that “more complete data on both short- and long-term outcomes of donation are needed so donors can make truly informed choices and, once those data are available, mechanisms can be put in place to ensure that the donor recruitment and consent process at clinics is conducted according to the highest ethical standards.”

A 2014 statement by the National Perinatal Association recommends that: “State regulatory agencies who license and provide oversight for collection and use of human tissues should provide the same level of oversight for sperm banks, the selling of human eggs and egg ‘donation.’ ”

Even back in 2007, a New England Journal of Medicine “Perspective” piece noted:

If women are going to donate eggs, we must ensure that their health is not compromised. We need, therefore, to subject egg donation to far more scientific scrutiny than it currently receives. We need more longitudinal studies of the drugs involved in ovarian hyper-stimulation, for example, more long-term follow-up of egg donors, and deeper analyses of the conditions under which dangerous complications occur.

Jennifer Schneider, M.D., a Tucson-based internist whose own daughter, an egg donor, died of colon cancer, has written: “Right now, egg donors are treated like vendors, not as patients. Patients need to be followed up…” As many egg providers will attest, after the first few days of being discharged with no immediate consequences, they are never contacted again.

As current and former egg providers increasingly pool their experiences and provide a growing body of anecdotal evidence pointing to significant harms, especially in cases where women provide eggs on multiple occasions, we need to establish a more rigorous system of evaluating the risks.

Studies sponsored by independent researchers, the government and other responsible entities can provide the evidence that is currently lacking and therefore makes truly informed consent impossible. Collecting more thorough safety data will allow young women to better assess the pros and cons of exchanging their eggs for cash.

Timothy R.B. Johnson, M.D., is chair of obstetrics and gynecology, University of Michigan, Ann Arbor; Judy Norsigian is co-founder and past executive director, Our Bodies Ourselves.

This article was previously published at CommonHealth and is reposted with permission.