Menu
Home > Our Impact > Our Bodies, Our Blog > Over-the-Counter Birth Control Pill On Its Way to the U.S.A.

Over-the-Counter Birth Control Pill On Its Way to the U.S.A. 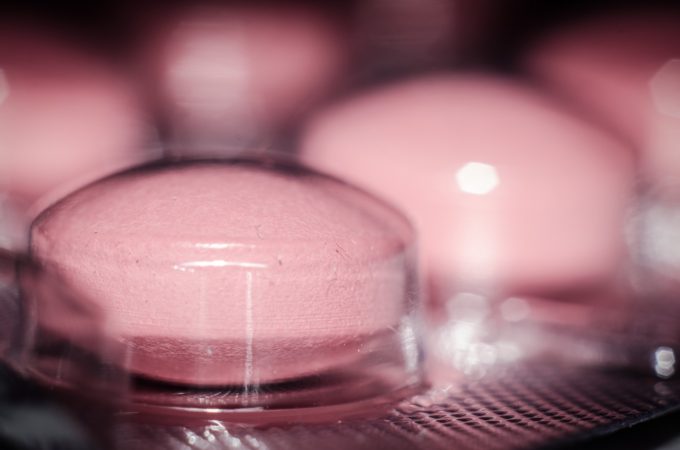 After more than a decade of work, an over-the-counter birth control pill is a major step closer to becoming a reality in the United States. Ibis Reproductive Health, a nonprofit organization working to improve women’s reproductive autonomy, announced last month that it is partnering with HRA Pharma, a European pharmaceutical company, to help make a birth control pill available over-the-counter.

It may take “several years, at least” notes Vox in an article about the news, but in the not-so-distant future women will likely be able to buy birth control pills off the shelf at a pharmacy, without first seeing a provider, getting a prescription, or asking a pharmacist. On the cusp of a new, anti-choice administration determined to restrict access to reproductive health, this is definitely good news.

While removing barriers to safe, effective contraception is vital, there are important questions to consider about how much the over-the-counter (OTC) pill will cost, whether insurance companies will pay for it, and if equal access for young women will be ensured. If the cost is too high and insurance won’t cover over-the-counter contraception, or minors under 17 years old are excluded from accessing it, the same women who have historically been unable to access contraception will continue to be blocked. That’s why the push for OTC birth control pills must happen alongside other efforts to expand availability of contraception, not as a substitute.

In a statement about the partnership, Ibis said that they are working with HRA to conduct research and submit an application to the Food and Drug Administration (FDA). The momentum to push for an over-the-counter (OTC) pill in the United States has not been dampened by the change in the U.S. administration. In a November 2016 letter to its members, the Oral Contraceptives Over-the-Counter Working Group — a coalition coordinated by Ibis, focused on exploring the potential of over-the-counter access to oral contraceptives (OC) — firmly declared:

In these challenging times, we remain resolute in our commitment to moving an OC OTC. The work ahead will be tied strongly to two of our most essential principles: affordability (in both price and insurance coverage) and availability without an age restriction.

Oral contraceptives are one of the most popular methods of contraception in the U.S., as well as one of the most effective at preventing pregnancy. In addition, women use birth control pills for reasons other than preventing pregnancy. Birth control pills are prescribed regularly — especially to teens — for dealing with painful or heavy periods (which up to 40% of women struggle with), for regulating menstruation,  and to help prevent anemia. The birth control pill is one of the most well-researched medications in history. It is safe for most women, and healthy, non-smoking women who use OCs have little to no greater risk of suffering a heart attack or stroke than women who don’t use them.

Why push so hard for over-the-counter access? Removing barriers to accessing contraception has health, social, and economic benefits for women and, in fact, for entire societies. Almost half of all pregnancies in the U.S. are unintended or unplanned. Birth control reduces the number of unintended pregnancies, teen pregnancies, and abortions, and it has been shown to reduce the risk of endometrial and ovarian cancers. It also offers women the opportunity to space childbearing, which can have health benefits for both the mother and newborn.

But there are other reasons why making birth control pills over-the-counter will be helpful. Birth control gives women more options for educational and professional attainment, increases a woman’s earning power, and narrows the gender pay gap, according to a report from the Guttmacher Institute. Making sure contraception is affordable and available for all women is a public health win.

Frustratingly, anti-choice advocates and legislators have waged battles over birth control coverage for years. Thanks to the Affordable Care Act (ACA), women who have private insurance coverage or who are eligible for Medicaid now have access to free birth control. Such coverage has been a boon for women’s health, but the new Congress has already voted to appeal the law. As Ann Stars, President and CEO of Guttmacher, wrote in TIME earlier this year:

Thanks to the law, the proportion of U.S. women of reproductive age who are uninsured has decreased sharply, due in significant part to the ACA’s Medicaid expansion. For privately insured women, the ACA has led to a steep decline in out-of-pocket costs for hormonal IUDs, the pill and other popular methods, saving women and families nearly half a billion dollars in out-of-pocket costs for contraception in 2013 alone. All these gains, including Medicaid expansion, would evaporate if the ACA were repealed.

Still, there are women (including teens) who fall through those insurance cracks, and if birth control pills are made available over-the-counter at an affordable price, this will expand access for them. Ibis president Kelly Blanchard told Vox that once the OTC pill is approved by the FDA, getting other forms of birth control approved for over-the-counter use should be easier. According to Vox:

That’s important so that women can have more than one over-the-counter option, since not every pill or every birth control method is right for every woman.

While there are a lot of benefits to an OTC pill,  the Guttmacher Institute points out that this must be  part of a “broader strategy” to expand access to contraception in the U.S.:

The evidence strongly supports making oral contraceptive pills available without a prescription, but any effort to do so should complement—rather than replace—policies to reduce barriers to contraceptive use.

Under the ACA and Medicaid, the only FDA approved contraception covered (without copays or deductibles) are available by prescription only. Some states have expanded their coverage to include over-the-counter birth control methods, but most have not. Making birth control pills available over-the-counter is an excellent way to improve access for some people — but if they won’t be covered by private insurance or Medicaid (and aren’t priced affordably and accessible to younger women), they’ll remain out of reach for many. That’s why Sneha Barot, author of the Guttmacher analysis on OTC pill availability, recommends a comprehensive approach to expanding access:

[R]ather than latching onto OTC status for birth control pills, policymakers could show their commitment to advancing reproductive health through steps such as strengthening contraceptive coverage under the ACA, supporting safety-net family planning centers, increasing funding for the Title X family planning program and advocating for additional states to adopt the ACA’s Medicaid expansion.

The birth control pill is already available without a prescription in over 100 countries.

Freethepill.org, a site operated by Ibis Reproductive Health, notes that leading medical organizations –the American College of Obstetricians and Gynecologists (ACOG), the American Medical Association (AMA), and the American Academy of Family Physicians (AAFP) — all support making birth control pills available over-the-counter, without a prescription, in the U.S.

It remains to be seen whether the FDA approval process will be smooth or, as it was when emergency contraception was approved for over-the-counter availability, a politically and ideologically charged fight. Still, there’s hope that in a few years time a major barrier to accessing safe and effective contraception will have been removed and, as part of a larger plan to ultimately make birth control available to anyone who needs it in the U.S., that’s good news.