Menu
Home > Our Impact > Our Bodies, Our Blog > Science Says Period Brains Aren’t A Thing: Women Are Not Surprised 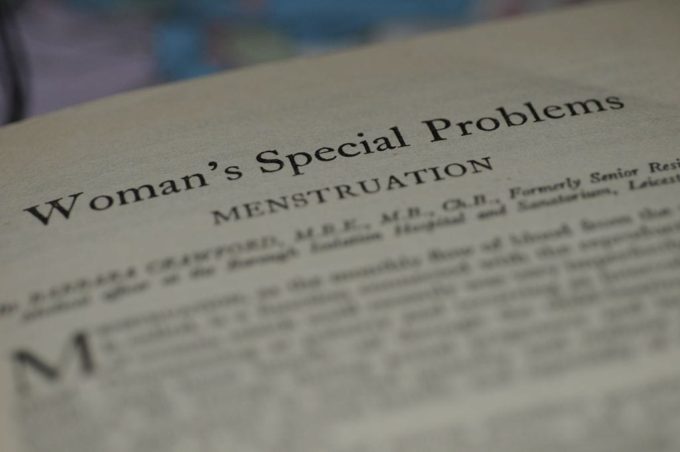 Finally, a study shows what those of us who menstruate already know: there is no such thing as “period brain.” According to researchers in Switzerland and Germany who collected data on 88 women, there is “no consistent association between women’s hormone levels, in particular, estrogen and progesterone, and attention, working memory, and cognitive bias.”

The study included both healthy women and women with endocrine conditions, primarily endometriosis or polycystic ovary syndrome (PCOS). The women were given a series of neuropsychological tests so researchers could assess their visual memory, attention, and executive functions. Two things set this study apart from others on the topic: the sample size was larger than usual and the women were followed through two consecutive menstrual cycles. Researchers found no replicable data from the first cycle to the second; meaning, there were no universal changes to women’s thinking because of hormonal changes.

Although there might be individual exceptions, women’s cognitive performance is in general not disturbed by hormonal changes occurring with the menstrual cycle.

The study’s findings challenge offensive stereotypes that women can’t be leaders because hormonal changes before and during menstruation impact the way we think, or that we are illogical and unable to contain our “rage” when menstruating. No woman is immune from these absurd claims, as we saw in the campaign of former presidential candidate Hillary Clinton.

As Broadly shares, the results may not be a surprise to “anyone with a period and a brain” but they do bump up against millennia of misogyny and misinformation when it comes to menstruation and women’s cognition or behavior:

The idea that menstruation makes women “crazy” has persisted since Ancient Greek times, when Hippocrates suggested women’s wombs wandered around their abdomens, causing depression and madness.

By the mid-1800s, doctors had started writing articles linking “insanity” to periods. In 1840, a French physician argued that menstruating women’s “intellectual capacities were diminished, and they were subject to very peculiar caprices, to whims of character and taste,” according to the historian Michael Stolberg.

The study comes at a good time in the growing “menstrual equity” movement, which aims to fight period-shaming and address what some call a critical human rights issue. Lack of access to menstrual hygiene and supplies impacts girls’ and women’s education and work opportunities as well as health. In Nepal, young women have died from being isolated in “menstrual huts.” It’s also an economic issue. Most cities and states in the United States (with the exception of some) still tax tampons as “luxury items” even though they are, obviously, a necessity, and extremely difficult to access for women who are homeless or incarcerated.

This study is more than a collection of scientific findings. It’s evidence that women’s bodies are not detrimental to our professional lives. And, sure, women already knew that. But it’s important to discuss. As Abigail Jones writes in Newsweek, “We’ll never have gender equality if we don’t talk about periods.”