Menu
Home > Our Impact > Our Bodies, Our Blog > Preventing Sexual Assault on College Campuses: What Works? 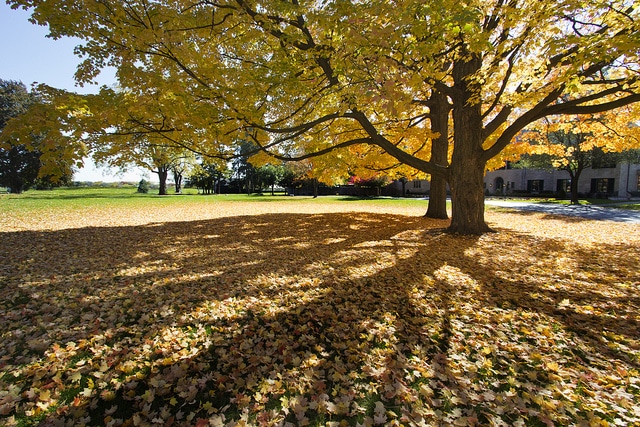 The beginning of college appears to be a particularly dangerous time for students, especially freshman females and transgender, genderqueer, and nonconforming (TGQN) students. Nearly 21% of TGQN college students have been sexually assaulted, compared to 18% of non-TGQN females, and 4% of non-TGQN males.

More than 50 percent of sexual assaults on campus happen between the start of fall semester and Thanksgiving break, a span of time sometimes referred to as the “red zone.”

There are theories as to why these first few weeks may be more dangerous for freshman students. As Bustle explains, “These months are often full of booze-filled back-to-school parties, where freshmen with little drinking experience (and few friends to watch out for them) are especially vulnerable to attack.” Freshman students also may not know general safety rules such as keeping their drinks close so they aren’t drugged.

And, as the LA Times notes, “Young women arriving at college have widely been socialized to be friendly and likable, which can blind them to the aggressive advances they might encounter at a party.”

With so many young people gathered in one place, higher learning institutions have both an opportunity and a responsibility to address sexual violence. Federal law requires them to educate new students, teachers, and staff on the prevention of rape, dating violence, and sexual assault.

But how colleges and universities go about doing this varies widely. Some schools require incoming freshmen to complete an online course on building empathy or dispelling myths about rape; others offer in-person information sessions on healthy relationships and alcohol’s effects on behavior.

In 2015, the New England Journal of Medicine published a study on an extraordinarily successful campus sexual violence prevention program that essentially trained young women to “assess, acknowledge, and, if necessary, rebuff unwanted sexual advances.” The study found the program, created by Canadian psychologist Dr. Charlene Senn, to be a rare success among campus prevention programs: it reduced female college students’ chances of being raped by 50 percent.

However, this program — like others taught at colleges around the country — place the responsibility on women to avoid being assaulted. Despite the program’s success, it was called out for this very issue, according to the LA Times:

By focusing on a potential victim’s power to thwart her attackers, some experts warned that such a program might contribute to blaming victims.

In an editorial accompanying the study, Kathleen C. Basile, an epidemiologist with the Centers for Disease Control and Prevention, wrote that the study’s “primary weakness is that it places the onus for prevention on potential victims, possibly obscuring the responsibility of perpetrators and others.”

Unfortunately, most studies on campus sexual assault prevention programs, according to the New York Times, have yielded “equivocal or dismal results” so far. That’s why even Dr. Senn agreed that the program must be part of a larger, multi-faceted effort:

It gives women the knowledge and skills they need right now, but the long-term solution is to reduce their need to defend themselves.

There is progress. The 2016 CDC report on campus sexual violence prevention strategies, while acknowledging that “the state of the evidence about what works to prevent sexual violence is still developing,” recommends an entire package of strategies that schools can implement, including providing opportunities to empower women and girls on campus, promoting social norms that protect against violence, and supporting victims/survivors to lessen harm.

Growing national attention to sexual violence on college campuses has also helped refocus efforts away from teaching women to defend themselves and toward educating male students on what consent looks like and how both to step in when they see predatory behavior.

Hundreds of colleges are now using “bystander intervention” training as a sexual assault prevention method. These programs place the burden on fellow students to intervene or get involved when they see a potentially dangerous scenario. The Huffington Post reported last year on the Green Dot program, which many colleges and universities are using to “interrupt” a situation and stop it from escalating:

If people spot a guy at a party who may be bothering or taking advantage of someone, the thinking goes, they can interrupt the situation and then stop the potential assailant’s momentum — preventing a sexual assault from happening. No one even needs to utter the word “rape.”

One of the benefits of bystander intervention programs is that they treat other students as allies who are empowered to help other students — especially freshman students.

Still, a lot of work needs to be done in order to address the root causes of violence. Anne Ard, Executive Director at Centre County Women’s Resource Center in State College, Pennsylvania, whose organization assisted 104 Penn State students with sexual and relationship violence issues from July 2014 through June 2015 told NBC News last year, “The much harder work is to change the culture and to address those issues of consent.”