Menu
Home > Our Impact > Our Bodies, Our Blog > #NoChoice: Stories of Abortion 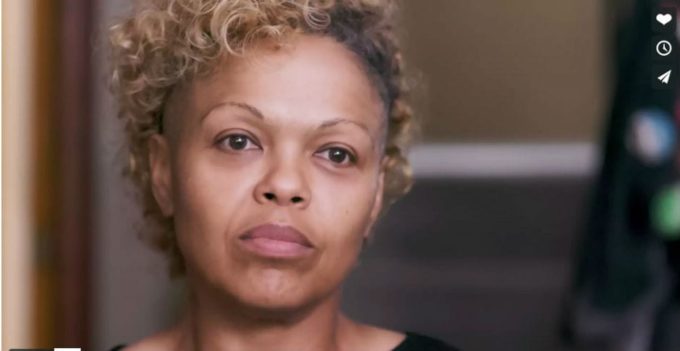 “I can’t get the blood out of my husband’s blue silk shirt.” That’s what Lynne Hanley was told to say when she called the number for a Chinese laundry in New Jersey. Hanley was a college student struggling to get an abortion in the years before the 1973 passage of Roe v. Wade, and the words were code.

“My desire not to be pregnant was stronger than my fear,” Hanley says. She traveled to a high rise building in New York City where she had an abortion — though to this day she doesn’t know if the woman who performed the surgery was actually a doctor.

Hanley’s story is part of #NoChoice, a new campaign launched by Public Square Media, the production company owned by Bill & Judith Moyers. The project features video testimonials from seven women who have had abortions — and one male doctor who provided abortion care before it was legal. They are speaking up to let people know what it was like, to fight the stigma that still surrounds abortion, and to bring awareness to the barriers women still face accessing abortion care.

Holly Alvarado, a young, Mexican-American woman, is one of the women featured. Alvarado was preparing to deploy to Iraq when she discovered she was pregnant. She knew she wanted an abortion. But under federal law, physicians on military bases cannot perform abortions. Servicewomen are even barred from paying for an abortion with their own money at a military medical facility. Alvarado had to travel from her base in North Dakota to a clinic in Minnesota — a four-hour drive — and wait three days (during which time she slept in her car) before she was able to get an abortion. After the abortion, she went straight to Iraq.

Today there are thousands of state laws throughout the United States that restrict women’s access to abortion. These laws range from mandatory waiting periods to forced ultrasounds. Thirty percent of all abortion restrictions passed since Roe v. Wade have been enacted in just the last six years.

In 2013, Texas passed an extreme anti-abortion law that would have forced almost all of the clinics that provided abortions in the state to close. The law challenged, and the U.S. Supreme Court deemed it unconstitutional in 2016.

But before that, for Valerie Peterson, the Texas law meant that an already devastating decision to terminate a wanted pregnancy that was not developing properly was made even more devastating. Peterson recounts her story in #NoChoice. Her doctor, because of the restrictive laws in the state, could not perform an abortion. Valerie faced a 24-hour mandatory waiting period, three-week waiting list, and mandatory “counseling,” where she would be forced to sit through a session listening to “other options.” Valerie Peterson ended up flying to Florida to get an abortion there. Her insurance wouldn’t cover the procedure and her travel costs were high.

The #NoChoice campaign reminds us that while the fundamental right to make reproductive decisions about our bodies remains under the protection of Roe v. Wade, we must continue to fight efforts that chip away at this right.  As activist Gaylon Alcaraz shares in her video interview, “the ability to carry a pregnancy to term, the ability to terminate that pregnancy if the woman is not ready, and the ability to parent the children that she already has, with all the adequate and necessary supports needed to do those things” is central to autonomy and freedom.