Menu
Home > Our Impact > Our Bodies, Our Blog > Why One Montana County Wants A “Crackdown” On Pregnant Women

Why One Montana County Wants A “Crackdown” On Pregnant Women 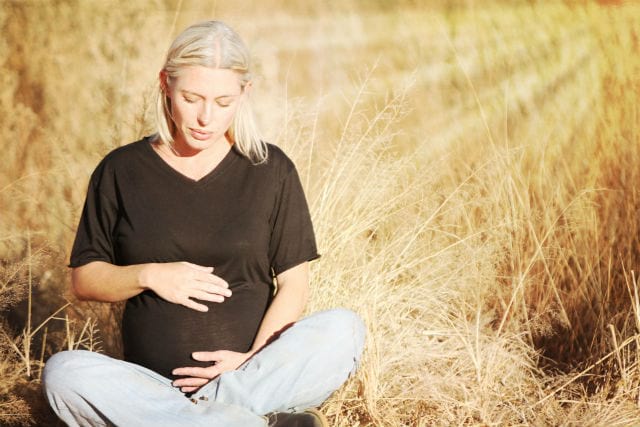 On January 11, 2018, the Big Horn County Attorney’s Office in Big Horn, Montana released a statement that launched 2018 straight into the anti-women’s health stratosphere. The office called on pregnant women to “self-report” themselves to the sheriff’s office if they use alcohol or non-prescribed drugs. Further, they asked the public to report “any known instance” of a pregnant woman using drugs or alcohol. The announcement is extraordinary not just for its cruel consequences, but for ignoring public health strategies known to improve the health and well-being of women and babies.

In response, the National Advocates for Pregnant Women (NAPW) immediately issued its own statement, noting that there is “zero scientific evidence” to support such policies of coercion and punishment. NAPW likening the county’s plan to “The Handmaid’s Tale” and urged the public to “reject incoherent and inaccurate claims.”

A 2017 Amnesty International report on the criminalization of pregnancy in the United States concluded that these laws actually achieve the opposite effect from what they intend:

If Big Horn County, the sixth largest county in Montana, was seriously interested in tackling high rates of drug dependence and the impact on pregnancy, they’d ensure that all pregnant women in the county have access to health care and drug and alcohol treatment programs.

In fact, pregnancy presents a prime opportunity to address drug or alcohol abuse, according to addiction treatment experts, because pregnant women are more likely to want to quit drinking or taking drugs for fear of the impact on their growing fetus. Laws or policies that attempt to pit pregnant women against their fetuses are doomed to fail.

When the Big Horn County Attorney’s office calls their plan an “immediate crackdown of pregnant, expecting mothers,” it’s clear their focus is not in making sure that pregnant women receive the high-quality care they need to deal with an addiction. It’s simply a call to the community to punitively target pregnant women who are struggling with drug or alcohol abuse. They go on to say that if there are “provable violations,” the state will prosecute and seek incarceration to “incapacitate” the pregnant women. This kind of language oozes with vengeance and does nothing to actually confront the public health concern.

Nikki, a pregnant woman at a residential drug treatment center in Alabama told Amnesty International about the impact of her state’s “chemical endangerment” law ( implemented to dissuade drug use):

Despite the fact that these types of laws harm rather than help pregnant women, 24 states and the District of Columbia consider substance use during pregnancy to be child abuse under civil child-welfare statutes, and three consider it grounds for civil commitment, according to the Guttmacher Institute.

Laws that punish pregnant women in the name of “protecting unborn children” are too easily taken to the extreme — and those who suffer the most are often lower-income and/or women of color. Regina McKnight, an African-American woman, was convicted of homicide after suffering a stillbirth and using cocaine during her pregnancy. She was sentenced to 12 years in prison until the court decided she hadn’t received a fair trial and granted her a new one, in part because of the lack of evidence presented about how or if certain substances are harmful to a pregnancy, according to the ACLU:

As the court noted, adequate expert medical testimony would include “recent studies showing that cocaine is no more harmful to a fetus than nicotine use, poor nutrition, lack of prenatal care, or other conditions commonly associated with the urban poor.”

The Missoulian reports that in 2011, “only half of Native American mothers in Montana received prenatal care during the first trimester, compared to three-quarters of white women.” Only three of the seven reservations in Montana have health centers that provide prenatal care. And there are only two inpatient centers in the entire state that can treat women who want drug or alcohol treatment.

Instead of addressing the lack of health care access for Native women in his county, Big Horn County Attorney General Gerald Harris instead urges the Crow and Northern Cheyenne tribal prosecutors to “…protect our local community from the long-term dangers of drug and alcohol use by expecting mothers.”

Likewise, if there was an inkling that this was, in fact, an effort rooted in a desire to ensure healthy pregnancy and childbirth for women in Montana, Harris quickly disabuses the notion in his statement:

In the event an expecting mother chooses to abort an unborn child instead of refraining from drug or alcohol use and litigation extends beyond our local courts, we trust Attorney General Fox will make the right decision on behalf of all Montanans and continue this fight to the extent necessary to ensure justice is afforded to the most vulnerable of our society.

NAPW responded by saying this policy is not only dangerous, but illegal:

In fact, the County Attorney has no legal authority to institute or carry out such a policy. This is a blatant disregard for the rule of law, and enforcement would violate Montana and U.S. law. People who heed the prosecutor’s call to report pregnant women and violate patient privacy and confidentiality may themselves be subject to legal action.

No one wants to see babies born addicted or suffering through withdrawal. This country is currently suffering through the worst drug epidemic in our history. The answer, however, is not to criminalize pregnant women, or to encourage communities to “report” women they see drinking alcohol or using drugs. These kinds of harsh policies simply isolate women further, rather than providing them with the health care and resources they need to confront a chronic disease and provide the best opportunity for a healthy birth and baby.