Some of the Things Kids Talk About in This Book

Excerpt from Changing Bodies, Changing Lives, by Ruth Bell and other co-authors of “Our Bodies, Ourselves,” together with members of the Teen Book Project 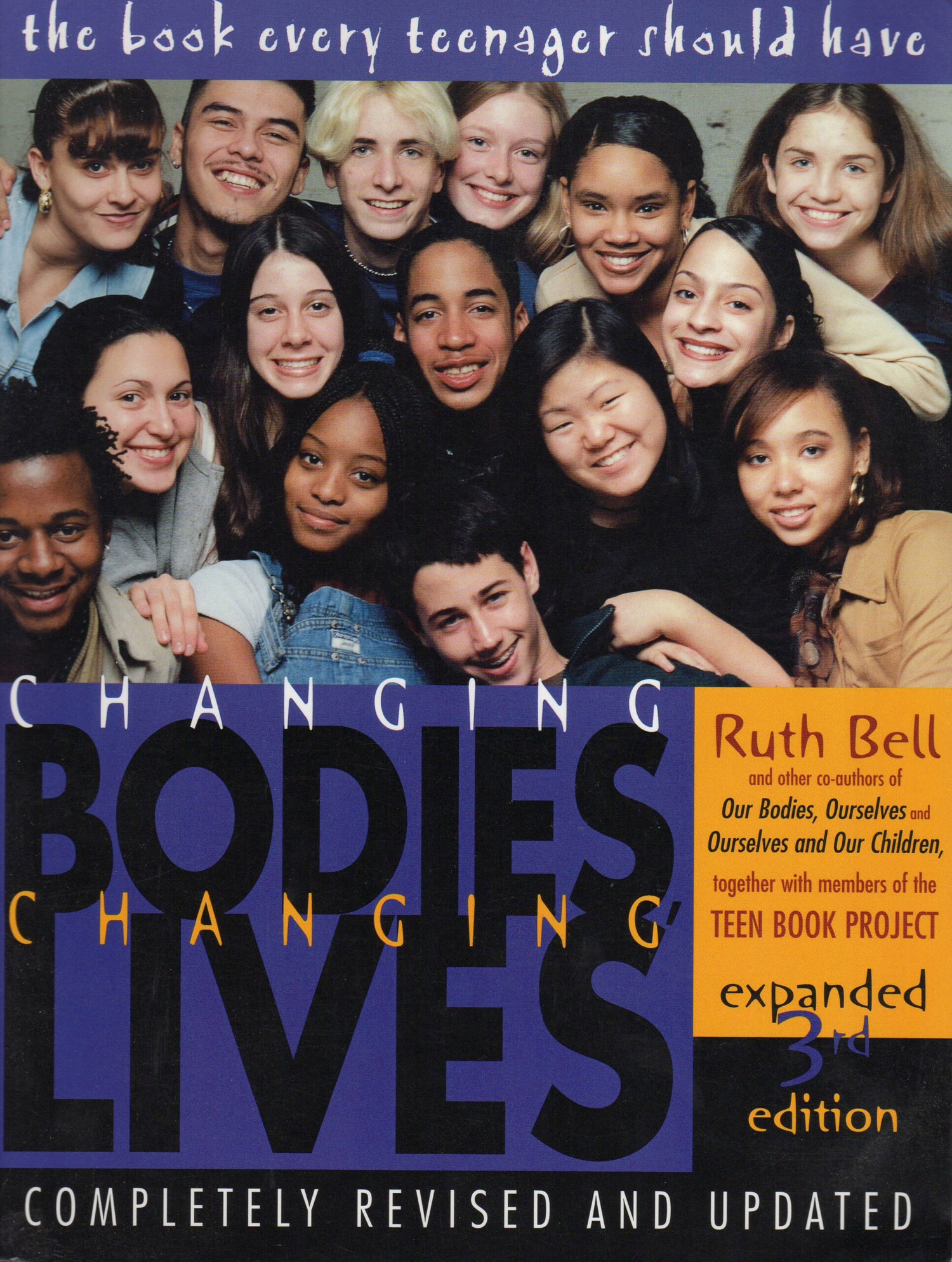 “I hate it when people say, ‘Oh, you’re just acting that way because you’re a teenager.’ It’s like they don’t give us any respect for being a human being with feelings. They make you feel like your feelings aren’t worth anything. You’re just put in this category: Teenager.”

“My parents are worried because I don’t go out yet. I mean, I go places with my friends but I don’t date or go to parties. And I don’t have a boy that I like. They make me feel like there’s something wrong with me, like I’m unpopular or something.”

“Three years ago in seventh-grade gym class, I spent a lot of time comparing myself to other guys. I felt like I was much smaller than everyone else. I started worrying if I was okay, if I had all the same things going on that everyone else did.”

“When I got to school the first day, everyone looked at me like I was from outer space or something. It was like, Who’s that? Look at her hair. Look at what she’s wearing. That’s all anybody cares about around here: what you look like and what you wear. I feel like a total outcast. As soon as I got home I locked myself in my room and cried for about an hour. I was so lonely.”

“A lot of people don’t want to admit their feelings, even to themselves, because they’re afraid that their problems will scare their friends away. I usually think, well, if they knew I felt that way, they’d think I was weird.”

“I can’t talk to my parents anymore. If I told them what me and my boyfriend do, they’d tell me I couldn’t see him anymore. They think I’m so innocent.”

“We’re at the age where we’re having real sexual feelings, and if I want to act on them, my conflict is that I can’t just be natural about it — whatever that means — because the feelings I have get so mixed up. It gets to the point where I don’t know what I’m really feeling and wanting anymore. Sometimes I wonder if I’m just doing things that I think someone my age is ‘supposed’ to be doing.”

‘When you first find out that you’re gay, it’s a real shocking experience for a lot of people. Like, I called myself sick. It was like I was mentally disturbed.”

“Sometimes you just get to the point where you say, I hate myself. How could I have done that? How stupid! Or you say, I’ll never be able to do anything right.”

“The hardest thing is coming to grips with who you are, accepting the fact that you’re not perfect — but then doing things anyway. Even if you are really good at something or a really fine person, you also know that there’s so much you aren’t good at. You always know the things you don’t know and what you can’t do. And however much you can fool the rest of the world, you always know how much bullshit a lot of it is.”

Excerpt from “Changing Bodies, Changing Lives” by Ruth Bell and other co-authors of “Our Bodies, Ourselves,” together with members of the Teen Book Project. Three Rivers Press: 1998. © Ruth Bell.