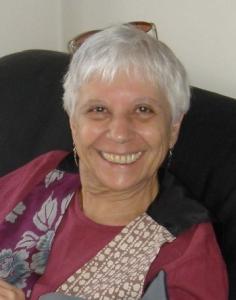 As a women’s studies major, I have learned the importance of examining and understanding connections when fighting for social justice. Rita Arditti, a feminist, a human rights activist, an environmentalist and a biologist, spent her life exposing these intersections and advocating for the need to develop a consciousness about such links that contribute to oppression.

Rita was born in 1934 in Argentina and studied biology in Italy before settling in the United States. She co-founded the Science for the People movement in the 1970s, which pushed to show the connections between science, the Vietnam War and politics. The movement, which was anti-war in spirit, was to raise awareness about how science can be manipulated to support certain political agendas.

In 1974, Rita was one of four founders of the New Words Bookstore in Cambridge, Mass., a women’s bookstore that offered a space for words and voices of those who had been silenced to be showcased and heard. The bookstore also hosted several activism events bridging the gap between academia and the community.

Later in life, Rita also helped to found the Women’s Community Cancer Project, whose mission was to raise awareness about environmental exposures that contribute to women’s cancers. Rita herself lived with breast cancer for decades, and she was dedicated to showing the links between chemicals and the rise in cancer in women. Intersecting her feminist, environmentalist and biology background, Rita critiqued the medical world for being male-dominated and influenced by major chemical producers. She was not satisfied with the treatment-oriented approach to cancer research and advocated for looking at how to prevent women from getting cancer in the first place.

Rita Arditti passed away on December 25, 2009. She will be greatly missed and always be remembered. She raised a critical awareness about how fields traditionally taken as fact, such as science and medicine, can be misused to support certain political ideologies and to perpetuate oppression. Rita worked endlessly for social justice and for providing the space for those who have been marginalized to be heard.