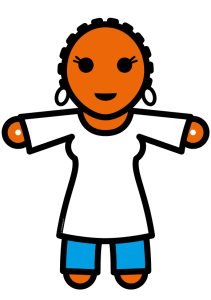 Have you ever been part of an attempt to set a new record in the “Guinness Book of World Records”? Want to help break an existing world record while also helping to increase access to HIV prevention tools?

If so, your message can be featured in what we hope will become the world’s longest chain of paper dolls.

Universal Access to Female Condoms Joint Programme (UAFC) is working with CHANGE, Our Bodies Ourselves, and dozens of other organizations around the world to collect 30,000 individually completed paper dolls to display in one massive chain at the International AIDS Conference, scheduled for July 22-27 in Washington, D.C.

To participate, just go to Sign4FemaleCondoms.org by July 27 and write a message about why you think female condoms are important. Your message and paper doll will be included in the chain. Together, we’ll break the world record.

This extraordinary visual statement will illustrate the broad-based, urgent demand for female condoms that exists all around the world. Right now, only 1 percent of all condoms used worldwide are female condoms (FC). Most people either don’t know about FCs or have never used them because they are poorly promoted, expensive and/or unavailable. Meanwhile, more than half of all people living with HIV worldwide are women.

Participation is free, it’s fast, and you will contribute to a powerful visual statement urging policy-makers and funders to invest more in making the FC, an under-utilized, highly effective HIV prevention tool, accessible to all women and men who need it.

Learn more about this project by visiting Facebook.com/zawadi.smartlove. Thanks for taking part! 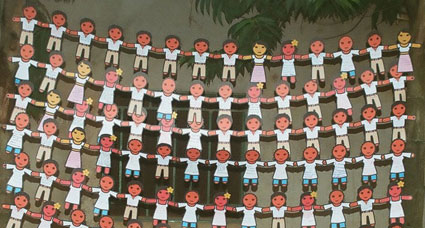 Anna Forbes is an advocate, organizer, and writer who has worked in HIV/AIDS since 1985 and on women’s health and rights since 1977.  Now an independent consultant with an international client base, her work centers around women, HIV, gender, health, and rights.