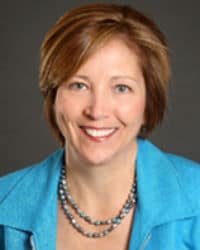 Barbara Collura joined RESOLVE: The National Infertility Association in September 2004 as the director of chapter and constituent services. In April 2007, Barbara was named the chief staff officer of RESOLVE.

As president, Barbara represents RESOLVE at a number of national conferences, committees and organizations, including the National Committee on the Oversight of Assisted Reproductive Technologies (NCOART); the American Society of Reproductive Medicine (ASRM); and the National Health Council.

Barbara has been quoted in national media such as The New York Times, Wall Street Journal, SELF, Redbook and Parenting Magazine. Barbara has been a featured guest on NBC’s TODAY show, MSNBC, and FOX and Friends on FOX News.

Barbara received her undergraduate degree from the University of Montana and her master’s degree in international affairs from American University.