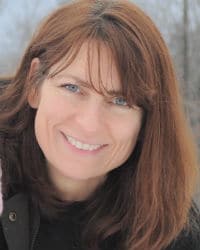 Kristin DeJohn, an award-winning writer and television producer, has been honored by the American Medical Association and by the Alliance for Women in Media.

After working for many years as a television news producer and documentary series producer, she began ghostwriting and contributing to books, and reporting and writing for Boston-area magazines, journals and newspapers.

Kristin focuses primarily on health and science-related writing, but her articles span a variety of subjects. She resides outside of Boston with her husband and two young daughters.