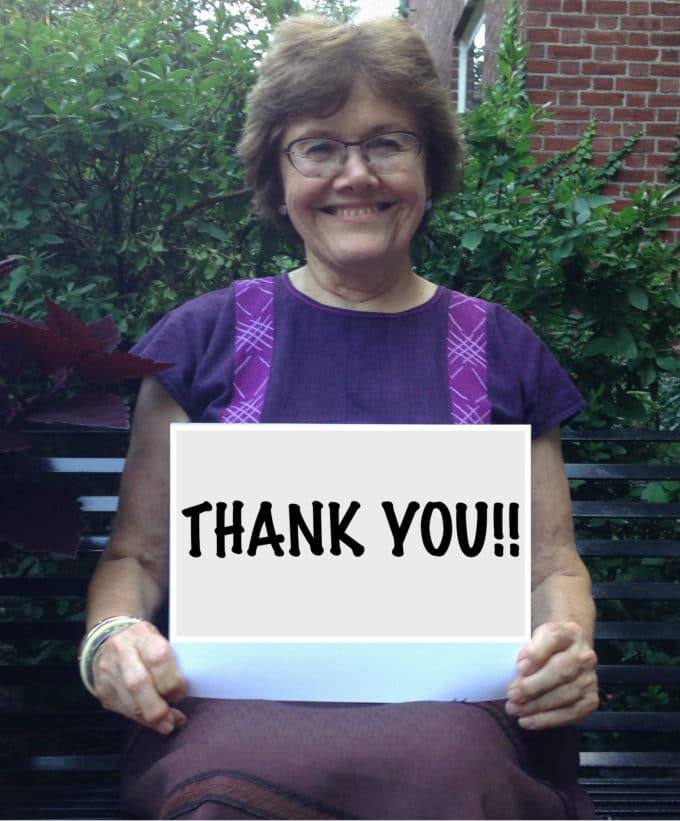 We are thrilled and deeply grateful for the outpouring of support we received. THANK YOU to all who donated, shared our emails, posted our call to social media, spread the word near and far, and sent us encouraging notes. We couldn’t have done it without you!

Toward the end of the campaign, when donations were slowing down, we received a much needed boost from the Boston Globe, which featured on its homepage a story by Bella English about Our Bodies Ourselves.

The article includes stories by several women about how important the book was to them.

Joan Moynagh remembers getting her orientation packet as a freshman at Vassar College in 1977, and being both thrilled and amazed that it included “Our Bodies, Ourselves.” The book explored all sorts of previously off-limits women’s health topics, from abortion to domestic violence.

“The book was a revelation — open, honest, accepting, instructive,” said Moynagh, who still has the book on a shelf in her Milton home.

The article mentions how controversial the book was early on and notes that it was banned by some high schools and libraries, and labeled “obscene trash” by Jerry Falwell of the Moral Majority.

Most importantly, the article publicized our current need for financial support.

But the Cambridge women’s health collective that wrote the groundbreaking book, which has sold more than 4 million copies in the United States since its first publication in 1971, is now at risk of closing — the victim of consumers’ shift to the Internet, dwindling grants, and the lack of a long-term financial plan.

And helped combat the myth that Our Bodies Ourselves makes a lot of money from book royalties.

In a recent blog post, the founders wrote: “Early on, we decided to donate royalty income after expenses to grass-roots women’s health projects.”

We received an incredible response to the article, garnering more than 350 new donations. We also heard from many who offered their time and energy to help OBOS continue its work.

We plan to use the money raised to put the organization on firm financial footing so that its essential work can continue. Among other goals, OBOS plans to recruit an experienced executive director to oversee and implement a five-year strategic plan.

OBOS will also be able to create new online health content, expand its global partnerships, continue serving as a watchdog to ensure that drugs and devices developed for women are safe and effective, and cultivate a new generation of health advocates around the world.

Although we are thrilled to have met this initial goal, OBOS must secure additional support so that it can achieve long-term stability. For this reason, the fundraising campaign will continue through December 31.

If you haven’t yet donated, please consider making a year-end gift. It’s a great way to ensure that the groundbreaking women’s health information OBOS has provided for decades stays relevant and in the hands of those who need it most.

Adapting “Our Bodies, Ourselves” to Brazilian Portuguese: The Translators’ Experiences by OBOS July 30, 2020 "[H]aving the opportunity of translating … “Our Bodies, Ourselves” to Brazilian Portuguese ... brings me a profound sense of accomplishment, since there is not such a complete book on women's health in Portuguese with so much information and so many…
Abortion and Women's Rights in 1970: A Film by Judy Norsigian October 12, 2020 In 1971, when abortion was illegal in all but a few states, a group of women came together to make a documentary film about their personal experiences with abortion.
Period Poverty is a Human Rights Issue. Period. by Guest Contributor August 6, 2021 by Hannah Sachs-Wetstone What is period poverty? Let’s talk about period poverty. Period poverty occurs when menstruators cannot access the menstrual products, underwear, and pain medication they need to maintain their menstrual health due to a variety of factors, such…