Menu
Home > Our Impact > Our Bodies, Our Blog > We Sparked a Women’s Health Movement by Speaking and Listening to the Truth 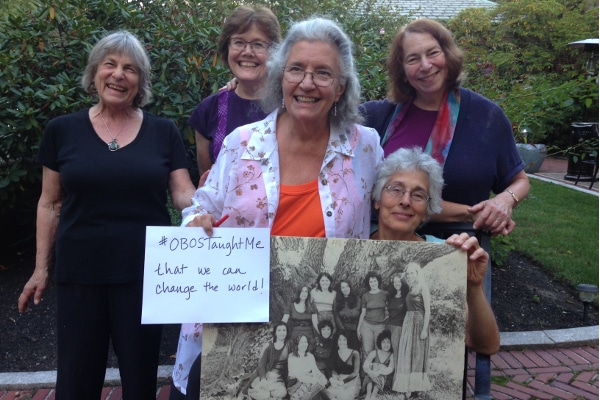 by the Founders of Our Bodies Ourselves

Those of us who founded Our Bodies Ourselves (formerly known as the Boston Women’s Health Book Collective) began as a fluid, informal group of white, mostly college-educated women. We met in the greater Boston area to talk about our lives, including reproductive health and sexuality concerns that we had never before discussed publicly.

We never planned to write a book. We believed then as we do now that there is no substitute for a small group of women – in a spirit of mutual trust and respect – speaking and listening to the truth of our own lived experiences.

In coming together as women concerned about our health, we were honoring and valuing our own experiences. We learned from one another. As we undertook our own investigative research and sought information from doctors who would talk to us, we began to develop an analysis of health and medical issues small and large.

Read more about the founders and the history of Our Bodies Ourselves >
We began to understand that we are not alone — that what happens to us as individuals is often determined by larger social, cultural, political and economic factors. We developed papers about the health issues most pressing to each of us and presented them during a 10-week course titled Women and Their Bodies.

During this series of gatherings in Cambridge, women came together to learn and talk about their lives. Many of them went on to form and lead other such groups and eventually to participate in writing the first version of “Our Bodies, Ourselves.” The rest is history. 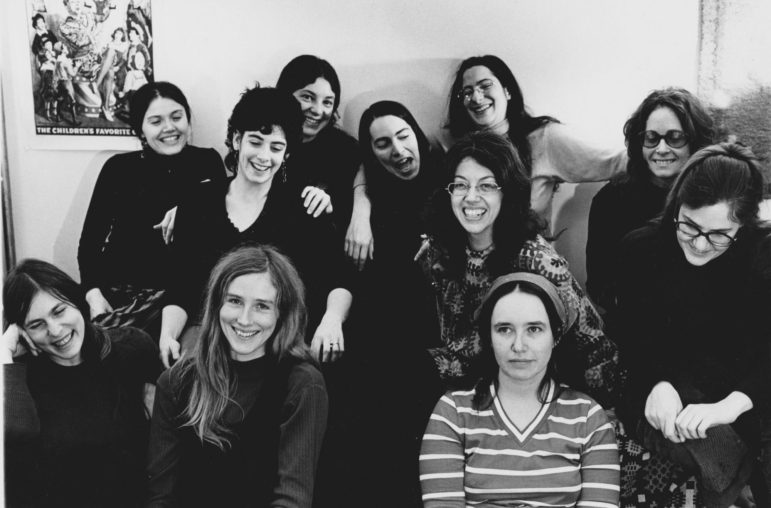 Founding members of Our Bodies Ourselves in the late 1960s / Photo: Ann Popkin

“Our Bodies, Ourselves” quickly became a bestseller, soon traveled the globe and is now in its ninth edition. Women’s groups in dozens of countries have translated and adapted the text to meet their own needs. The book has been produced in 30 languages, most recently in Vietnamese — we are already hearing about its impact — and Farsi is next.

Early on, we decided to donate royalty income after expenses to grassroots women’s health projects. The organization never became rich; we had to reach out for foundation funding.

We also inserted into our original contract with Simon & Schuster a special 70-percent clinic discount for nonprofit health centers (this discount is still available). We wanted to ensure that health information was within reach of women who otherwise may not have access. 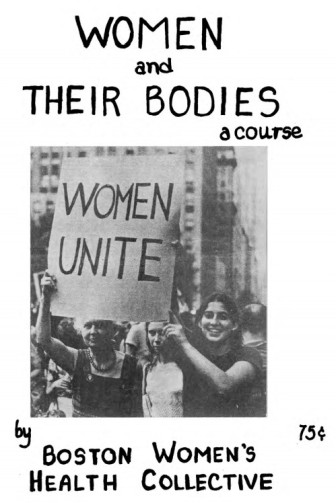 In our very first Simon & Schuster contract, we included funding for a Spanish language translation, “Nuestros Cuerpos, Nuestras Vidas,” which was distributed to thousands of women throughout this hemisphere over many years. Later, we supported the first cultural adaptation of “Nuestros Cuerpos, Nuestras Vidas” by Latinas in the United States, Latin America and the Caribbean.

We founders still meet often and we realize the work we started is far from done. Now we are joining with hundreds of colleagues and friends to ensure that Our Bodies Ourselves will continue to meet the needs of today’s women and girls.

In this digital age, the organization focuses on providing crucial health information online and via other distribution platforms. With your help, OBOS will provide readers with even more high-quality, fact-based resources and stories of women’s experiences.

As we approach our 45th anniversary, we hope you will join us in giving as generously as you can, and share our story with your friends. OBOS needs to raise $100,000 by Dec. 1. Please donate now so it can continue to challenge disinformation, protect women’s rights, and empower the next generation of women’s health advocates with trustworthy information and analysis. Thank you for your support.

Stopping Keystone: A Victory for Native Women’s Health by Guest Contributor July 1, 2021 By Hannah Sachs-Wetstone In early June, after more than ten years of conflict, the Keystone XL oil pipeline project was halted by TC Energy, the company behind the project. This is a victory for Indigenous communities and environmental activists. However,…
Adapting “Our Bodies, Ourselves” to Brazilian Portuguese: The Translators’ Experiences by OBOS July 30, 2020 "[H]aving the opportunity of translating … “Our Bodies, Ourselves” to Brazilian Portuguese ... brings me a profound sense of accomplishment, since there is not such a complete book on women's health in Portuguese with so much information and so many…
Free the Pill! by Guest Contributor May 28, 2020 by Carrie Baker Sixty years ago this month, the U.S. Food and Drug Administration approved the birth control pill for distribution in the United States — a game changer for women’s lives. Before approval of the pill, most women were…