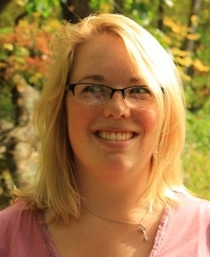 This is the typical response I received when I told people, especially my peers, that I was writing my senior thesis on midwifery. I became accustomed to saying, “I’m writing on midwifery — midwives,” since most people have at least heard the term “midwife.”

The initial lack of knowledge was discouraging; however, the best parts of my project were the conversations that followed. The more I researched and wrote on midwifery, the more it became clear to me that not only are young people interested in birth and midwifery, but this knowledge could be vital to our futures.

As The New York Times recently reported, U.S. maternity care is the costliest in the world. And yet according to the 2010 World Health Statistics, we rank behind dozens of countries when it comes to such benchmarks as maternal, neonatal and infant mortality rates.

A Times follow-up story on the lack of insurance coverage for midwifery care notes that “in many European countries, midwives attend to most pregnancies, often in clinics, resulting in maternity charges that are a fraction of those in the United States.”

Growing up in a small town in Maine, a place where midwives are well known and well respected in the community, I have always been familiar with home birth. Even with this experience, I did not really think about the political complexity of midwifery, nor the unique position that midwifery holds in relatively rural areas like mid-coast Maine, until I moved away.

I went to Boston for college, and in 2011 I took an internship with the women’s advocacy organization Our Bodies Ourselves. For one of the projects I worked on, I promoted midwifery legislation in Massachusetts that aims to expand the rights of nurse-midwives and license and regulate home birth midwives. The bill didn’t pass then, but it has been reintroduced in the 2013-2014 session.

The more I dove into the issue, however, the more I became surprised at the ambivalent and sometimes even hostile reception to the very idea of midwifery. I had assumed that the famously liberal citizens of Massachusetts would generally have the same attitude towards midwives and home birth that I had. When brainstorming ideas for my senior honors thesis at Boston College, I was compelled to investigate this issue further.

In the fall of 2012, I began doing extensive research on the history of midwifery and how it had become so marginalized in Massachusetts. I interviewed countless home birth midwives, nurse-midwives, childbirth educators, public health experts, and consumers in order to gauge attitudes toward maternity care in Massachusetts.

One of the most troubling things that I found was not only were few people interested in this issue, but the vast majority of people who were involved already had children. Most people my age were unfamiliar with midwives and the topic of childbirth as a whole.

This isn’t surprising; we’re usually not encouraged to consider how we feel about childbirth until we or someone we know becomes pregnant, so often we don’t have a clear sense of our options or knowledge about the process. After getting over their initial discomfort, my friends and classmates became intensely curious about childbirth, and most of them had lots of questions.

While working on my thesis, I realized that there is a need for discussion about childbirth before pregnancy. We need to know our options so we can make informed decisions about how we want our children to be brought into the world — and so we can support public policies that are best for mothers and babies.

This, I believe, should be an easy fix. The countless conversations I had with my peers have shown that pregnancy and birth are interesting topics, and young men and women are eager for accurate information, too.

Eliza Duggan is a 2013 graduate of Boston College, where she majored in English and women’s studies. Her time at OBOS and her thesis work inspired her to pursue women’s advocacy. She will be a first-year law student at the University of California at Berkeley Law School in the fall.