My first face-to-face contact with the women from Shokado bookstore responsible for the Japanese adaptation of “Our Bodies, Ourselves” was at a Crossing Borders with OBOS conference in the Netherlands in 2001.

Three women entered the room, and I vividly remember the one in the middle who was wearing a hat and smiling broadly. I had a sense that she was being respectfully escorted to the meeting by her friends, and I wasn’t far off the mark. As Sally Whelan, OBOS program manager, later explained, this woman was a “real hero.” 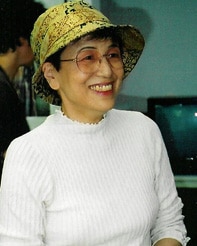 Toyoko Nakanishi (left) was the owner of the Shokado Women’s Bookstore, which she founded in 1975. For many years, Toyoko single-handedly produced a newsletter on women’s books and tirelessly supported countless women’s projects, including — at the time — the extremely daring and daunting adaptation of “Our Bodies, Ourselves.” As she put it: “If I won’t do it, I’m not a woman.”

True to her words, she opened the second floor of her book shop to the translation team for weekly meetings, attended nearly all of them herself and, during the three years it took to finish, she was constantly on the phone (this was before email!) networking with hundreds of people and organizations that helped make the book possible.

No wonder Toyoko was smiling.

Every “Our Bodies, Ourselves” adaptation is exciting in its own way, and the Japanese project is no exception. This edition, published at a time when women did not have words to talk about their bodies, opened up a new way for Japanese women and girls to discuss their bodies and sexuality. Previously, they could not explain their physical experiences or express their desires to their partners, and they were at the mercy of physicians.

A case in point was the Fujimi hospital scandal that broke in 1981. More than a thousand unnecessary hysterectomies were performed on women, all of whom who were told that their uterus was “rotten” or their ovaries “a mess.” At the time, many of these women could not even utter the word “uterus.” 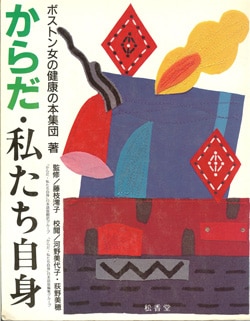 Fortunately, the situation is very different today, and much of this is due to the pathbreaking work that took place on the bookstore’s second floor. The women who worked on the Japanese edition of “Our Bodies, Ourselves” got rid of all the expressions that treated women’s bodies in a negative way — including words that implied shadiness, shame, or secrecy. They developed a whole new language, one that empowered women and girls and made them feel good and confident about themselves.

For example, the term “shame hair” became “sexual hair,” and menstruation, which had been linked to the word for “pollution,” was straightforwardly named “a monthly occurrence.” Some of these newly invented words have even made it into the latest Japanese dictionaries, showing just how influential this project has been.

One of the most wonderful things about the different resources based on “Our Bodies, Ourselves” is that each project looks for a way to make a difference in its own context. The Japanese project shows that language is power and that being able to talk about our bodies in positive and affirming ways is empowering.

Kathy Davis is a senior researcher at the Institute of History and Culture at Utrecht University in The Netherlands. A noted authority on feminist scholarship, her publications include, among others, “The Making of Our Bodies, Ourselves: How Feminism Travels Across Borders.”